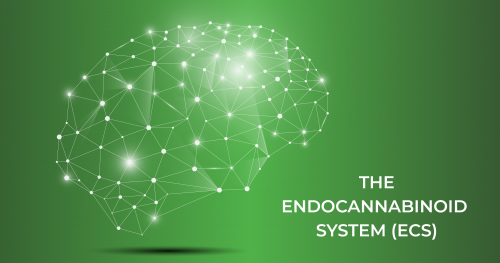 There has been a ton of interest lately for information regarding the Endocannabinoid System otherwise known as the ECS since the emergence and popularity of CBD products began proliferating the market starting back in 2015.

Of all the chatter taking place with respect to CBD, one of the main active compounds or cannabinoids within the cannabis and hemp plant was how it interacted with this so-called Endocannabinoid System that supposedly lies within the human body of each one of us.

But then again it looks like humans aren’t the only species to have an endocannabinoid system. It’s also been discovered within mammals, reptiles, birds, and fish, and possibly even invertebrates!

Personally, I had no idea that we even had an endocannabinoid system until I bought my first bottle of CBD oil.

But curiosity got the best of me, and so I began reading up on the subject in order to find out as much as I could about this mysterious system I’ve apparently had since birth but didn’t know existed until a few years ago.

Most of us were taught back in school that we had the following systems within our bodies, that being the… 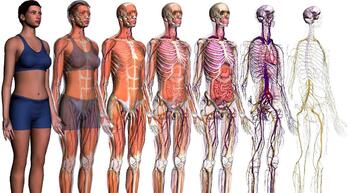 Now we can add another system to the body that’s equally important, the Endocannabinoid System.

So, let’s dive headfirst into the topic and shed some light on this amazing discovery known as the Endocannabinoid System or (ECS). The (EDC) was first discovered back in 1992 at the Hebrew University in Jerusalem, by Dr. Lumir Hanus along with American researcher Dr. William Devane.

Endocannabinoids are actually cannabinoids that are synthesized on demand and produced in the body by the brain functioning as a flow control mechanism. These endocannabinoids bind to cannabinoid receptors on target cells throughout the body, triggering a cellular response that is amplified or diminished as metabolic enzymes destroy or make more endocannabinoids.

Our body naturally produces these cannabinoids within our human brains which bind to special receptors (think of tiny radio transmission stations) that are located on target cells throughout the body (a target cell) is one that bears receptors for a hormone, drug, or other signaling molecules like a nerve fiber.

These receptors keep tabs on what’s going on with the target cells and signal the brain to produce more cannabinoids when the supply is being diminished through various metabolic functions within our body.

Here’s an illustration I put together to show the pathways of the endocannabinoid receptor network. The receptors monitor and report back to the brain when its necessary to speed up or slow down the production of cannabinoids. That’s like keeping everything in balance. 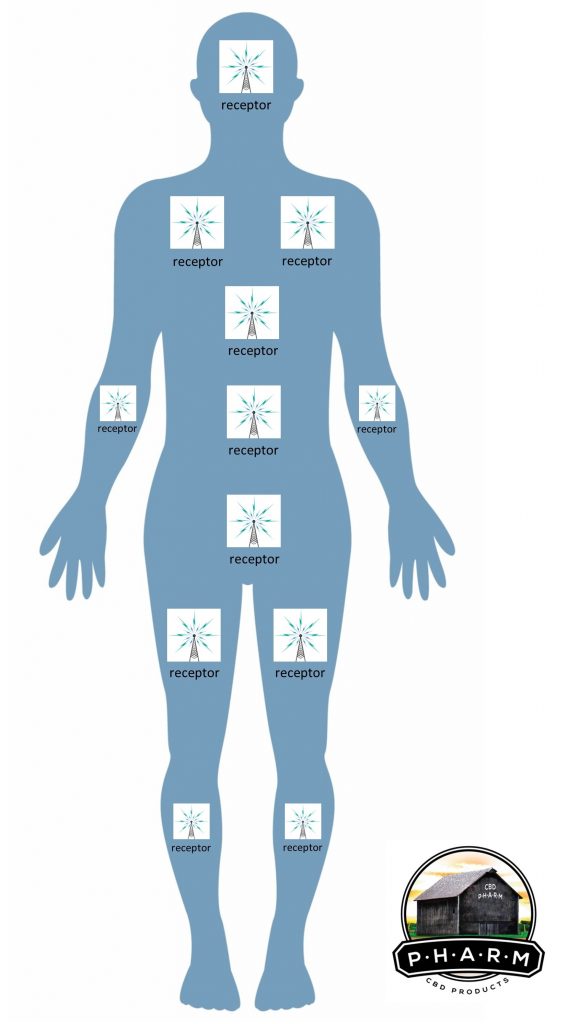 Ultimately, the (ECS) or Endocannabinoid System helps keep your body’s internal functions running smoothly. I’m sure glad to know we have this incredible system in our body to monitor the needs of the receptor or target cells.

It’s like this amazing internal symphony taking place with each receptor being responsible for the wellbeing of each target cell within the body, and we’re talking billions of these target cells, not just a few.

Scientists have discovered that these receptors are found on all target cell surfaces throughout your body, endocannabinoids bind to them in order to signal that the ECS needs to take action.

There are 2 main receptors:

CB1 Receptors are mostly found in the central nervous system 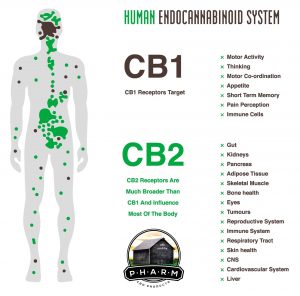 How Does the Endocannabinoid System Help Us?

The Endocannabinoid System has been found to play a protective role in many medical conditions and maybe the most important physiologic system involved in establishing and maintaining human health.

In fact, there is a recognized medical diagnosis whereby a patient is determined not to be producing enough of their own cannabinoids and it’s called Clinical Endocannabinoid Deficiency Syndrome or (CECD).

(CECD) is thought to play a significant role in many conditions like:

The (ECS) has also been found to play an active role in metabolic syndrome-related diseases like:

Knowing our brains can synthesize cannabinoids that are used to signal receptors in target cells is pretty amazing. By adding CBD to your daily regimen, it can help ensure your endocannabinoid system can adequately modify the activity of the transport signals to receptor cells, which in turn modify the concentration level of cannabinoids being produced by the brain.

The endocannabinoid system is responsible for regulating and balancing many processes in the body including immune response, communication between cells, appetite, metabolism, memory, and more. It is through this system of receptors and metabolic enzymes that cannabinoids interact with the human body and trigger beneficial effects.

Here’s a quote I found that I think resonates well with this topic of conversation and It comes from one of the world’s leading cannabinoid scientists, Vincenzo Di Marzo.

My Personal Experience with CBD

When I first started taking CBD oil, the thing I noticed right away was the effect it had on my stress and mood level. I distinctly remember suffering from a pretty good dose of anxiety at the time because I was struggling to pay bills while spending 10 hours a day reinvesting every penny I had trying to get my business off the ground.

The stress was almost unbearable.

I was barely sleeping at night because like most people, we tend to take our problems to bed with us and my mind just wouldn’t shut off. I felt like I was at the end of my rope.

This was the time I ordered my first bottle of CBD oil (500mg) on my friend’s recommendation and started my daily regimen hoping that it would help, but all the while retaining an element of skepticism that it would actually work for me.

All I can say is halleluiah because, by day 2, which was my second dose, it’s like my whole outlook suddenly changed for the better.

The money was still tight, (unfortunately, CBD won’t produce dollar bills) but the mental stress and anxiety I was suffering from completely vanished as if the proverbial 1000-pound gorilla I was carrying around on my back had suddenly jumped off and headed back to the jungle.

Suddenly and almost miraculously I felt like my old self again almost as if I came out of a self-induced coma. I began sleeping throughout the night, then waking up and feeling rejuvenated, and my mood went from doom and gloom to peace and tranquility. I found myself smiling again even in the face of adversity. I would have gladly paid double the price for the results I had, without question.

I became what my wife said was an “overnight CBD evangelist” because my results shocked even her! That was 3 years ago and dare I say that I won’t go a day without taking my CBD oil and I highly recommend it to anyone looking for a radical change in their health, lifestyle, and overall sense of wellbeing… and NO side effects to boot I might add.

I buy my CBD oil exclusively from PHARM-CBD and routinely order their 3000mg full-spectrum CBD oil on a monthly basis because I believe the quality of their CBD products is unparalleled anywhere in the market and believe you me, I have tried dozens of brands.

Because Endocannabinoids exists in all mammals, CBD is not only a resource for humans, but many people give CBD to their pets to help them with joint pain, anxiety, and for preventing seizures.

If you are suffering from serious ailments, consult with your physician or healthcare provider before supplementing any prescription drugs for CBD.