No products in the cart.
0 Cart 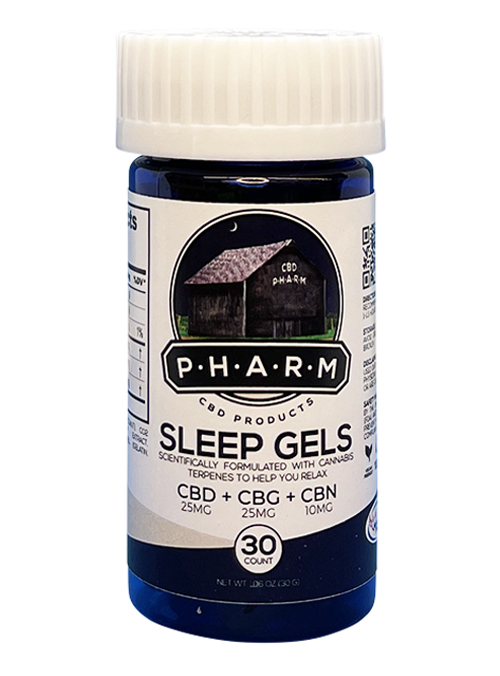 Although sleep is essential for our health, its biological purpose is not fully understood. Oddly, the seemingly inactive state of sleep is actually a dynamic and critical process that helps us store memories, build immunity, repair tissue, regulate metabolism and blood pressure, control appetite and blood sugar, and process learning, along with a myriad of other physiological processes — all of which are regulated by the endocannabinoid system (ECS).

Over 60% of American adults report having problems sleeping several nights per week. Over 40 million Americans suffer from more than 70 different sleep disorders. The most common sleep-related ailments include:

Several studies have been conducted on prescription sleeping pills, which include hypnotic drugs such as zolpidem (Ambien, Edlmar, Intermezzo, and Zolpimist), temazepam (Restoril), eszopiclone (Lunesta), zaleplon (Sonata), triazolam (Halcion), flurazepam (Dalmane and Dalmadorm), quazepam, and other barbiturates used for sleep. Of these studies, thirty-nine found that consumption of hypnotics is “associated with excess mortality” to the tune of a 4.6 times greater risk of death for hypnotic users, even worse rates of mortality when hypnotics are combined with opioids, for those users who are suffering from pain and sleep issues combined.

HOW DO CANNABINOIDS AND THE ENDOCANNABINOID SYSTEM HELP TO REGULATE SLEEP?

CBD enhances the activity of endogenous cannabinoid anandamide. Both anandamide and 2-AG activate CB1 cannabinoid receptors that are concentrated in the central nervous system, including parts of the brain associated with regulating sleep. CB1 receptors modulate neurotransmitter release in a manner that dials back excessive neuronal activity, thereby reducing anxiety, pain, and inflammation. CB1 receptor expression is thus a key factor in modulating sleep homeostasis or sleep regulation.

Cannabigerol (CBG), emphasis on the “G” as opposed to the “D” is a non-intoxicating agent that has a strong anti-anxiety effect and helps provide a sense of calm and allows your mind to decompress, which is much needed for a good night’s sleep.

Cannabinol (CBN) is also known as “the sleepy cannabinoid in old weed.” THC degrades into CBN over time, which means cannabis will typically become CBN-heavy the longer it ages. According to an analysis from Steep Hill Labs, 5 mg of CBN is as effective as10-mg of diazepam, a prominent pharmaceutical sedative. CBN has also been recently been identified as a potential painkiller. It is considered a weak CB1 partial agonist, which means it binds directly to the receptor but induces much lower effects compared to a full agonist. In fact, CBN has been shown to only produce approximately 10% of the activity of THC. Rather than alleviate pain by way of CB1 or CB2 receptors, CBN releases peptides from sensory nerves, activating an alternative nerve mechanism to achieve the same ends.

Our Sleep Gels combine full-spectrum hemp extracts that are high in CBD, CBG, and CBN, respectively. The combination of these three cannabinoids in PHARM CBD Sleep Gels is powerful! In addition, trace amounts of THC, CBC, CBDV, and other secondary cannabinoids are present adding therapeutic value. To cap off this fantastic formulation, we have infused a specific blend of cannabis terpenes that are known to promote relaxation.

Directions for Use: Take one soft gel capsule once daily, or as recommended by your healthcare provider.

Disclaimer: Keep out of reach of children. Not to be used during pregnancy or lactation. Please consult a physician before taking if you have a medical condition or are currently taking other medications.

Safety Warning: This product has not been evaluated by the US FDA and is not intended to diagnose, treat, cure, or prevent any disease. This product contains <0.3% delta9 -THC, compliant with the Federal Farm Bill.