Hemp vs Marijuana (Debunking the Myth) Uncovering The Truth in 2020!

Hemp vs Marijuana (Debunking the Myth) Uncovering The Truth in 2020! 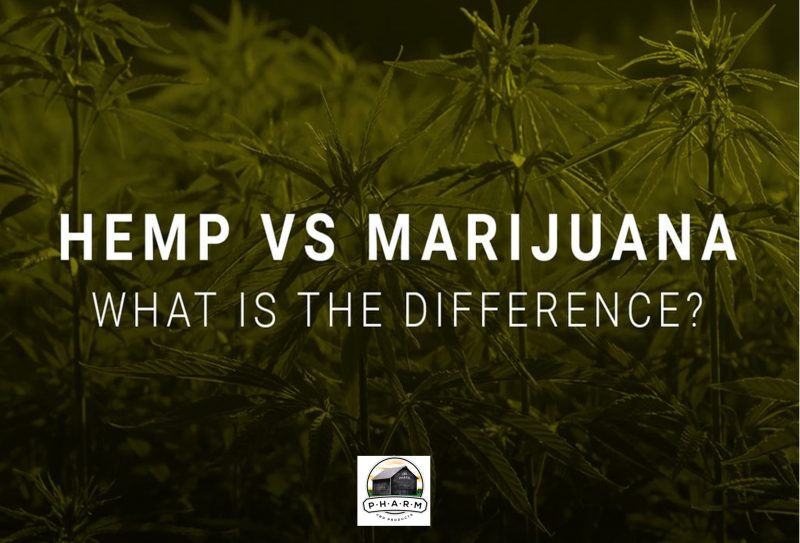 It’s time to finally debunk the myth surrounding the differences between hemp and marijuana or cannabis. Many people and estimates based on research indicaticate that as many as 7 in 10, are still under the assumption that the two plants are the same, mainly illegal and both can make you high; when in fact there are major differences between hemp and marijuana. Our aim with this article is to provide you with simple truths based on factual research. Remember, knowledge is power, but what you do with that knowledge is entirely up to you.

First of all governments from around the world have done a brilliant job in the media effectively brainwashing their respective populations into believing that using any form of hemp or marijuana is classified as an illegal drug, and if you are caught possessing either, then you are guilty of breaking the law and could be arrested.

Can you imagine facing the possibility of serving jail time, being sent to prison, having to pay a hefty fine, or forever labeled as a criminal or felon? It could potentially ruin your life both socially and professionally.

Does it stand to reason why 7 in 10 people would stay far clear of hemp or marijuana knowing the consequences of possibly facing serious jail or prison time for simple possession?

Well, that was indeed the law of the land here in the USA until 1996, when the state of California passed Proposition 215 making it the first state in the country to permit the medical use of marijuana with a doctor’s prescription. The passing of Prop 215 opened the gateway to hemp and marijuana reform which is spreading rapidly from state to state around the country and around the world.

The time has finally come to open Pandoras Box and reveal her truths about the conspiracy and cover-up surrounding hemp and marijuana.

Okay, now that I have managed to bring your worst fear about hemp and marijuana to the surface, let’s dig into some factual evidence that will hopefully transform that fear into power, and by power when written in this context implies “the knowledge of facts.”

In order to understand the current status of hemp which by law is now legal to grow in all 50 states thanks to the passing of the Farm Bill in 2018 and signed into law by President Trump.

The Hemp Farming Act of 2018 was a proposed law to remove hemp (defined as cannabis with less than 0.3% THC) from being classified as a Schedule I controlled substance and making it an ordinary agricultural commodity. Now you know with certainty that hemp is now legal to grow and consume.

Hemp has been cultivated by human civilizations since the beginning of time, dating back to 8000BC when it was first discovered in China during multiple site excavations where rope cords made from hemp were found in pottery, and seeds from hemp were used as a source of food and for oil production.

In Europe, it is estimated that hemp made its way there in 1200BC, and here in the USA the youngest of all civilizations, farmers were required by law to grow hemp in 1619 until it was banned and subsequentially made illegal in 1937.

Are you saying that our founding fathers here in America required farmers to legally grow hemp dating back to the 16th century? Yes indeed!  (see articles from Ministry of Hemp)

Notably, George Washington, our nation’s first president, grew hemp on his estate 250 years ago because it was deemed to be a profitable crop, even more so than tobacco! 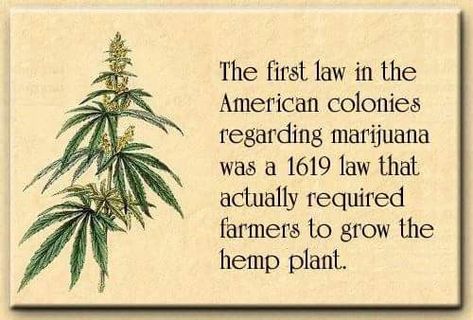 It’s been stated in numerous articles that hemp is considered to be a “wonder plant” because it has over 50,000 applications!

Modern-day uses for this miraculous plant: 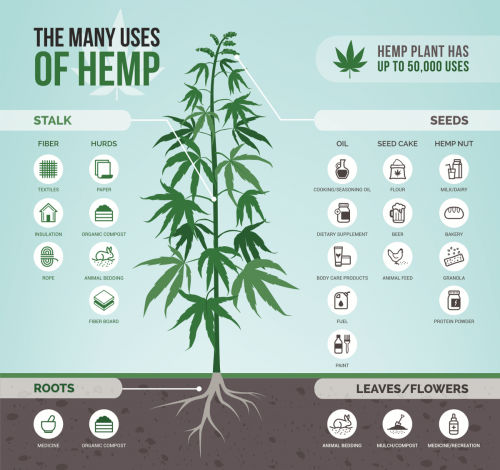 It seems like our ancestors knew a thing or two when it came to growing hemp as a necessary resource, one that dates back thousands of years. You may be asking yourself, “if hemp has all these amazing benefits, then why did our government and then governments around the world suddenly decide to declare that growing hemp would now be illegal?

in a nutshell…POLITICS & Media Manipulation

The federal government’s increased efforts against drugs led to the Marijuana Tax Act of 1937, which placed heavy taxes on the sale of cannabis. Arrests for possession and dealing followed shortly after, with convictions for violating the Tax Act. In part, the act contributed to the declining hemp cultivation.

That quickly followed by media blitzes of ‘yellow journalism’ which raged in the late 1920s and 1930s. Hearst’s newspapers ran stories emphasizing the horrors of marijuana.

The menace of marijuana made headlines. Readers learned that it was responsible for everything from car accidents to loose morality. Films like Reefer Madness (1936), Marijuana: Assassin of Youth (1935), and Marijuana: The Devil’s Weed (1936) were propaganda designed by these industrialists to create an enemy. Their purpose was to gain public support so that anti-marijuana laws could be passed. We were duped, plain, and simple!

Unfortunately, the government and mainstream made no attempts to withdraw from this ridiculous propaganda, and it became seared into our consciousness where it remains embedded to this day.

Oftentimes, it takes a revolution to make a change, and thankfully the power of the vote remains our strongest platform for change. It didn’t happen overnight, but with millions of people here in the USA who have consumed marijuana, and seen firsthand the medicinal benefits and not just the recreational use, without addiction or toxicity, they pushed for reform and WON!

Hemp vs Marijuana (The Facts)

Although there are some similarities in appearance and phytochemicals, only marijuana has enough of the cannabinoid (THC) to make a person experience a high, while hemp cannot (CBD), making it one of the most beneficial botanicals the world has seen.

Hemp is a cousin of Marijuana and contains 0.3% THC content or less by dry weight. The main cannabinoid in hemp is (CBD) cannabidiol which is non-psychoactive and cannot make you high or paranoid.

Hemp is legal to grow in all 50 USA states because of the passage of the 2018 Farm Bill signed into law by President Trump.

Marijuana, on the other hand, has more than 750 strains of which the predominant cannabinoid is THC or (tetrahydrocannabinol). THC is the primary cannabinoid that produces the “high.” C 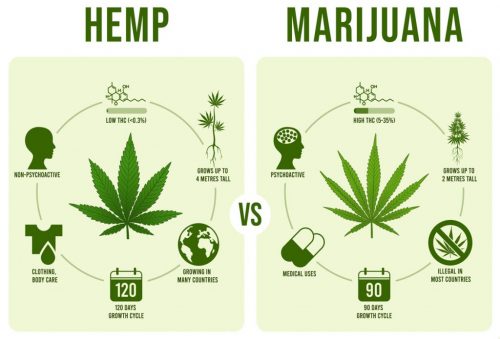 Hemp cannot make you high because it has very little THC and has many medicinal applications.